The Crimson battled back from a 20-0 deficit but the Skippers regained the lead and got a key fourth-quarter stop en route to a 28-21 victory. 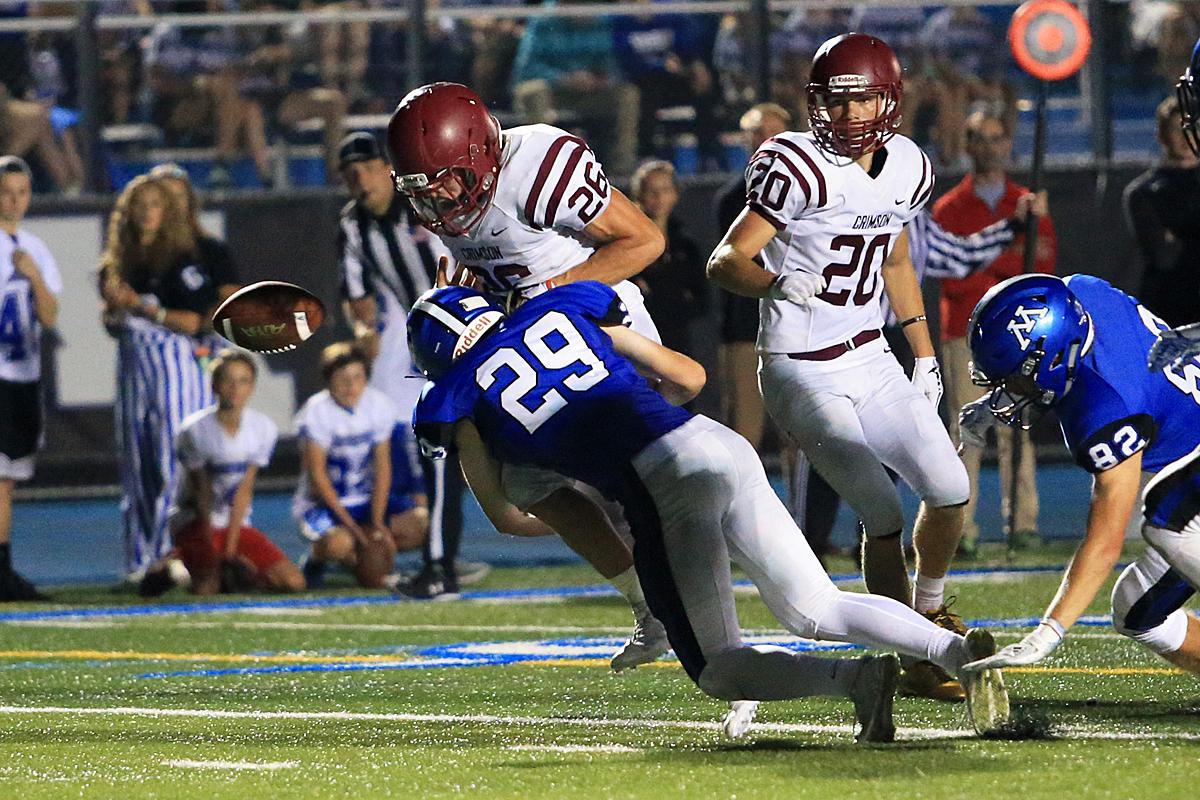 After seeing a 20-point lead disappear, Minnetonka’s defense got the stop it needed to secure a 28-21 victory over second-ranked Maple Grove Friday in the Skippers’ homecoming game at Einer Anderson Stadium.

Clinging to their seven-point lead, the fifth-ranked Skippers (3-0) stuffed Maple Grove running back Evan Hull at the 23-yard line on fourth and inches with 28.3 seconds to go.

Maple Grove (2-1) fell behind 20-0 early in the second quarter before reeling off three consecutive touchdowns to take a one-point lead in the third quarter.

Junior quarterback Aaron Syverson put the Skippers back in front late in the third quarter with a 37-yard touchdown pass to Eric Douville. Adam Livingston plowed just across the goal line on the ensuing two-point conversion to put Minnetonka ahead by seven.

“Our kids didn’t panic. They trusted our system and trusted the coaches,” said Minnetonka coach Dave Nelson, whose team overcame four turnovers. “We felt that if we kept playing hard things would be alright.”

After opening the scoring with a three-yard touchdown run, Syverson rolled out and found William Clough for a six-yard scoring pass on the first play of the second quarter, putting the Skippers in front 12-0. He then connected with Jackson Owens for a 40-yard touchdown pass and passed to Eric Douville for the two-point conversion to make it 20-0. Syverson finished with 17 completions in 20 passing attempts for 248 yards and three touchdowns.

“Our quarterback is a special player,” Nelson said. “He and our receivers made some big plays. Those big passes are going to be a big part of our game plan.”